It brings me great pleasure to welcome Dulwich College to Burma; founded in 1619 the College is one of the UK’s oldest and most prestigious independent schools. The influx of British educational provision of this calibre will be a huge benefit to Burma.”

Dulwich College Yangon Pun Hlaing campus (which will remain Pun Hlaing International School until August 2016) is accepting admissions for the 2016/2017 academic year at its current campus. Admissions will open in June 2016 for the first intake of students at the College’s Star City campus (formally British College Yangon) for the following academic year in August 2017.

The Right Honourable Peter Riddell, CBE, Chairman of the Dulwich College Board of Governors and Old Alleynian (1959-66), stated

It is truly an honour that we are able to launch Dulwich College Yangon during a period of such change and optimism in Myanmar. We are pleased to widen the access to a Dulwich education further with the opening of the College in Yangon.”

The Dulwich College Yangon campus facilities will stand as testament to our [Yoma Strategic’s and DCI’s] shared vision of developing a world-class international education in Myanmar, and will offer exceptional prospects for the Myanmar and foreign students who will use them”.

We fully intend to play our part and contribute to Myanmar’s growth by providing a world-class educational offering for local students as well as the growing expatriate community.”

Yoma Strategic is pleased that Dulwich College Yangon will open in both Pun Hlaing Golf Estate and Star City. We are confident the world-class facilities and Dulwich’s excellent education standard will greatly benefit our community and contribute to developing the leaders in our next generation.”

Dulwich College Yangon offers a friendly, student-centred learning environment. Our academic programme runs in conjunction with a comprehensive extra-curricular programme, ensuring the College is able to provide a wealth of artistic, sporting, and cultural opportunities for our students to engage in, both in Yangon and across the Dulwich College International family of schools.”

We offer a British independent school style of education, while at the same time recognising the importance of studying Myanmar language and culture. We will also offer our students the Dulwich College International Mandarin programme,” added Mr Orchard.

Dulwich College Yangon
Admissions for Dulwich Colleges Yangon’s Pun Hlaing Campus are open on a rolling basis, accepting students for both the 2016/17 and 2017/18 academic year to the Early Years, Junior School and Middle School age groups. Admissions for Dulwich College Yangon’s Star City campus will open in June 2016 for its first intake of students in August 2017. The campus will cater to Early Years, Junior School and Senior School students up to Year 8, with an additional year group being offered each academic year up to Year 13.

Dulwich College Yangon is an academically selective, co-educational British independent school, offering an enhanced version of the English National Curriculum, adapted to the needs of its international student body. The College’s enhanced curriculum, leads to the International General Certificate of Secondary Education (IGCSE) examinations in Years 10 and 11 and then, in Years 12 and 13, a challenging international, academic qualification which is fully recognised by, and gives access to, leading universities worldwide. DCI’s international Colleges in Asia follow the IBDP curriculum in Years 12 and 13.

State of the art facilities across both sites include a 500-seat performing arts centre, 350-seat black box theatre, science laboratories, art and design studios, libraries, gymnasia, 25m and 50m swimming pools, and sports fields. The College campuses will be set within landscaped greenfield sites of more than 12 acres at Pun Hlaing campus and more than 20 acres at Star City. Developments at both campuses will be completed in time for the 2017/2018 academic year.

Dulwich College is recognised as a pioneer in education. It introduced the Modern Curriculum in the 1880s and was one of the first schools to introduce Mandarin Chinese to the curriculum. It is also renowned for the Dulwich Experiment from late 1940s to 1970s which enabled access to all of academic ability and at its peak saw 90% of pupils on some form of financial assistance. Scholars from all socio-economic backgrounds have benefited from a Dulwich education to become modern leaders of commerce, industry and politics.

Dulwich College is actively involved in the operation of its international Colleges with inspections and annual visits from the Master and Deputy Master (External). Under the exclusive World Charter agreement with Dulwich College Management International, Dulwich College supports the international schools, directly and through DCI, in their academic planning, financing, staff recruitment, resourcing, staff and student learning exchanges, admissions, marketing, event management and performances, as well as university admissions.

About Yoma Strategic Holdings Ltd. (www.yomastrategic.com)
Listed on the Main Board of the Singapore Securities Exchange Trading Limited (SGX-ST), Yoma Strategic Holdings Ltd. is your gateway to Myanmar. With a diversified portfolio of businesses in Real Estate, Consumer, Automotive and Investments, Yoma Strategic gives you access to some of Myanmar’s most important economic sectors, together with its partner, the SPA Group,. The Company was ranked in the top 10% of the Singapore Governance and Transparency index 2014 and won the Best Managed Board (Silver) Award at the 10th Singapore Corporate Awards in 2015. 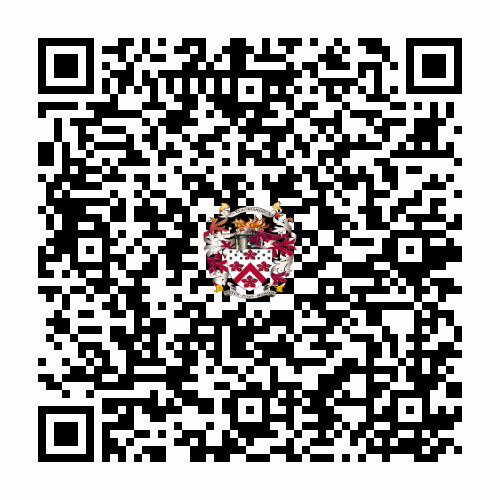